Web solutions
for dynamic success
Most popular posts –
Golden rules of Internet marketing
What rules should a businessman follow for marketing in the Internet. Some advice for using Internet and other tools of communication with your clients.
More posts
Job offer
Contact us
Articles –

How to manage the organization 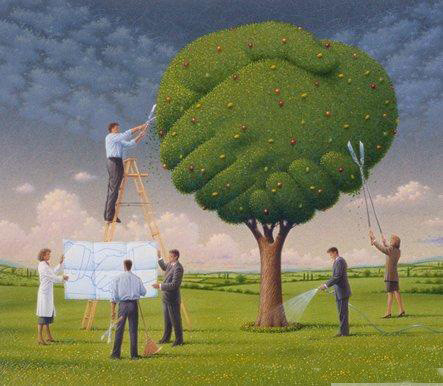 Building a successful business starts with attracting the right people at every level. But sometimes you are distributing the wrong people the wrong role.

You can be great in personnel matters, but, ultimately, everyone can make a wrong choice. You need to understand who is an outsider, and who is just incompetent.

As an investor, when you have an unreliable owner or senior manager, you need to control the situation aggressively. As a first step, consider the admission of a respected independent directors, who will be able to settle their differences and train co-sponsors. Director should be the one whose opinion you both respect.

For employees who do not do their jobs, let's start with peers who will evaluate their effectiveness. Justice is of paramount importance, even if the person is not able to improve the performance. Other members of the team assessed the management on the basis of how you evaluate them objectively. Make sure that the expectations are understood, and, if necessary, give a little time to show that they can improve their work.

Do not set the job alone. This should be a collective decision, not personal. If there is a role for which the founder is the best, consider the issue of changing the role. Difficult question, is it true, that man is not able to perform his duties - or just does not want to follow them.

We need managers who do not share the people, but instead unite them and help to become a team. It starts with giving people a clear priorities, and to discuss what decisions are made and why. It is about taking people, it helps them to believe in themselves and they can become 10%, 20% or even 50% better than they thought of themselves. That most of the time should be spent on management.

Another common mistake - let the problem of performance become an issue of morality. Each company faces obstacles, sometimes these obstacles allowed to become major issues "on the agenda", this is almost always the fault of the management.

Managers do not have to act rapidly and unpredictably, causing the whole team to think about ways of thinking leadership.

Also keep in mind that smart managers try to avoid layoffs of staff who sees the world from a different perspective. When you hire for various groups of people, in the end you get a few different perspectives, different styles, different experiences ... and you will eventually get a conflict and friction. If you can manage such creative conflicts (not everyone can do that) you’ll get innovative organization.